Eleven minutes or so into an award-winning City of Edmonton video, there is this—a record of a soldier’s ultimate sacrifice in the First World War: 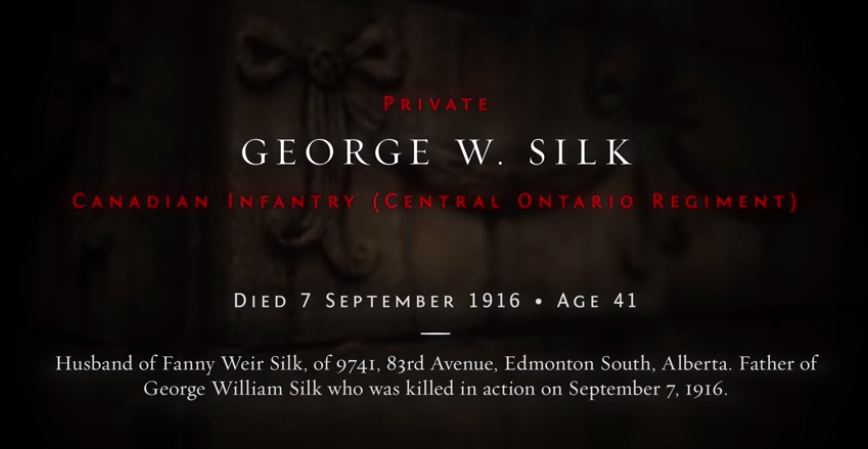 And then—in what is not a typo—there is this: 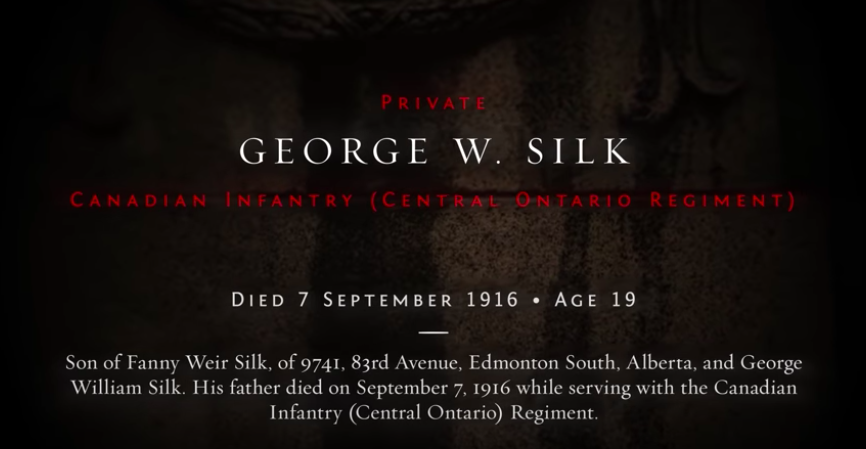 The video also preserves the unfathomable loss of son and husband suffered by mother and wife Fanny Weir Silk, of 9741 83 Avenue, Edmonton South.

This glimpse into the story and sacrifice of the Silks covers 22 seconds of the Virtual Cenotaph, First World War, Edmonton— a one hour and 10-minute video released by the City of Edmonton on Remembrance Day 2018 to mark the 100th anniversary of the armistice that ended the conflict. 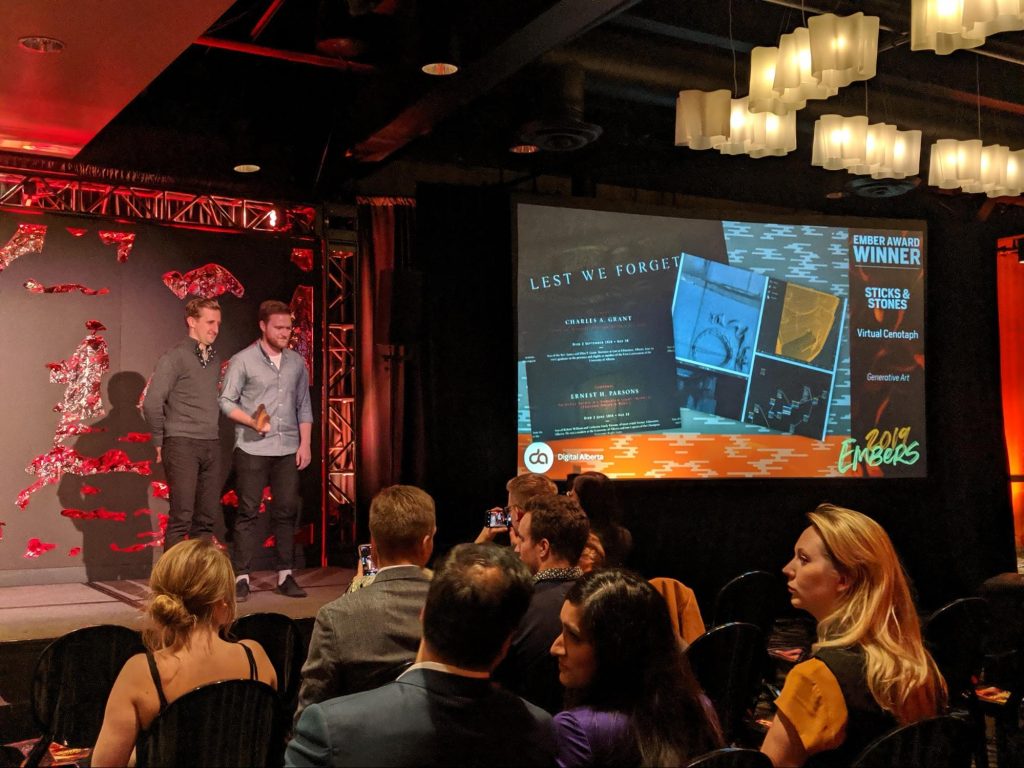 What makes the Virtual Cenotaph unique for Edmonton viewers is its Edmonton-ness.

Each slide in the video is dedicated to a soldier from the First World War era who had an officially recorded association with our city—and who made the ultimate sacrifice.

The Virtual Cenotaph was built from a database provided by Veterans Affairs Canada. The information came from the Commonwealth War Graves Commission using details from Final Verification Forms. In some cases forms were not completed by family members and, therefore, there may be other soldiers with an association with Edmonton who are not yet included.

The Virtual Cenotaph is an attempt to preserve in pixels the stories of soldiers, families, spouses and neighbourhoods. It was the work of a team of City of Edmonton storytellers, including Jason Bradshaw, a communications intern on placement through an agreement with the Institute of Public Administration of Canada’s Edmonton Region.

Bradshaw, then a student at the University of Alberta, helped conceptualize the project and capture key categories of dates for the videomakers and animators at Sticks & Stones.

“We had to pull out from the database the ranks, names, regimental affiliations, and the dates of death and ages for all the soldiers, as well as family and neighbourhood information like where Mrs. Silk lived on the south side,” said Bradshaw.

“I learned a lot about Excel and about Python 3 and also how to work with creative vendors,” he said. 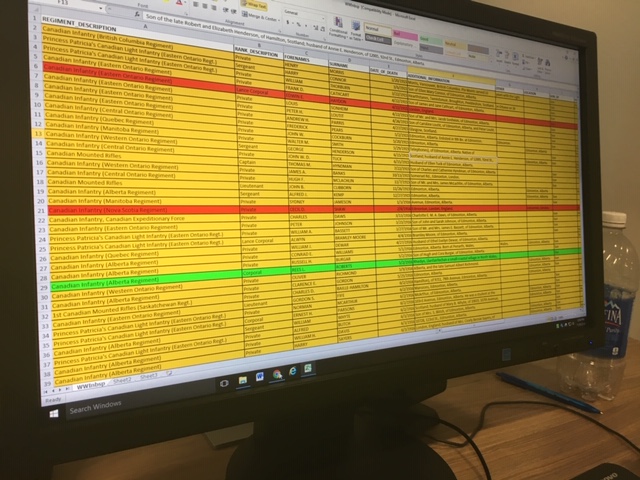 Bradshaw said the project got inside him. The data wasn’t just data.

“As you’re working on this and moving data here and there you also read the names and, on some records, where the soldiers and the families were from in Edmonton—83 Ave or the Hecla Block and other places from right here that you know or have heard of,” he said.

“I saw more than a few Bradshaws,” he said. “Now I’m going to look at whether we’re related.”

The Virtual Cenotaph is an experiment in digital, archival storytelling.

The hope is that it continues to be used on Remembrance Day, and any other day, by individuals, organizations, schools or other groups interested in using technology to connect now to then, and us to them.