For the first time in the history of the City of Edmonton, the five flags have been raised and are flying together in front of our City Hall.

“Edmonton is one of only a handful of municipal jurisdictions that have started the process of including their Indigenous partners in their official flags,” said Mayor Don Iveson at a meeting of City Council.

“My vision for Edmonton has always been that we become an example of a Canadian city that lives and breathes the historic spirit of our collective beginnings—the founding ideals of unity, harmony, fairness and respect for all peoples.”

The five flags are the official flags of Canada, Alberta, Edmonton, Treaty No. 6 and the Métis. 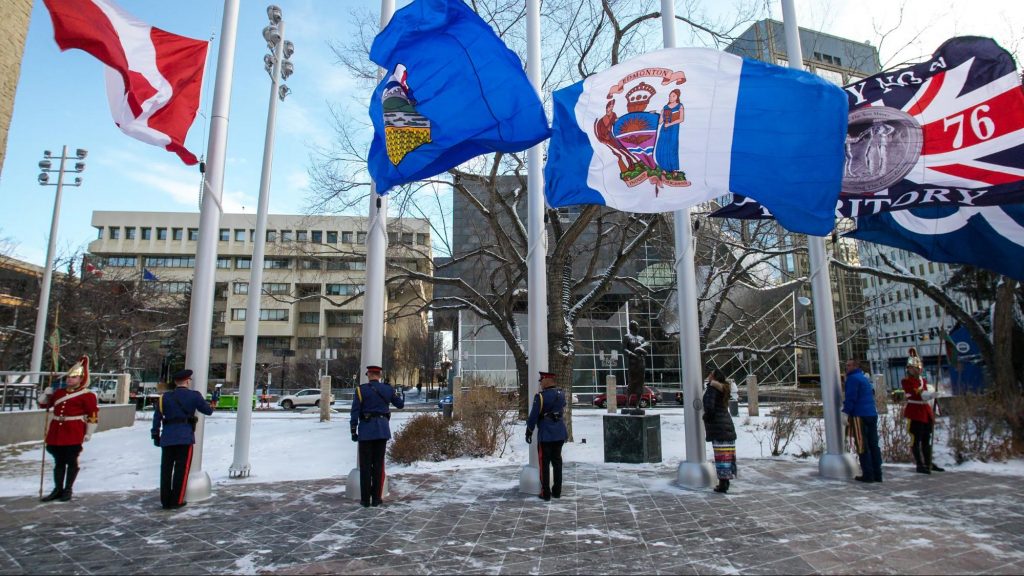 Before the flags-raising ceremony on the new City Hall Plaza, Laurie Buffalo, a representative of the Confederacy of Treaty Six First Nations, said: “It reminds me I have a space to belong and that this great city is committed to upholding the responsibilities of Treaty people.”

Buffalo told councillors she is a descendent of Chief Bobtail, a signatory of Treaty No. 6.

Gary Gagnon, of the Métis Nation of Alberta, echoed Buffalo’s theme of belonging.

“Thank you for being brave, and taking a risk,” Gagnon told councillors. “We’re not honouring a flag. We’re honouring people and the spirit of people.”

The Mayor started the meeting with a traditional territories acknowledgement, connecting the spirit of Treaty No. 6 to the political atmosphere at City Hall.

“These are trying times,” said the Mayor.

“Sometimes it’s helpful to take the long view and recognize this, too, shall pass, and pass a little easier if we work together and stay respectful.

“Think about the peace at the heart of the peace treaty which is Treaty Number 6.” 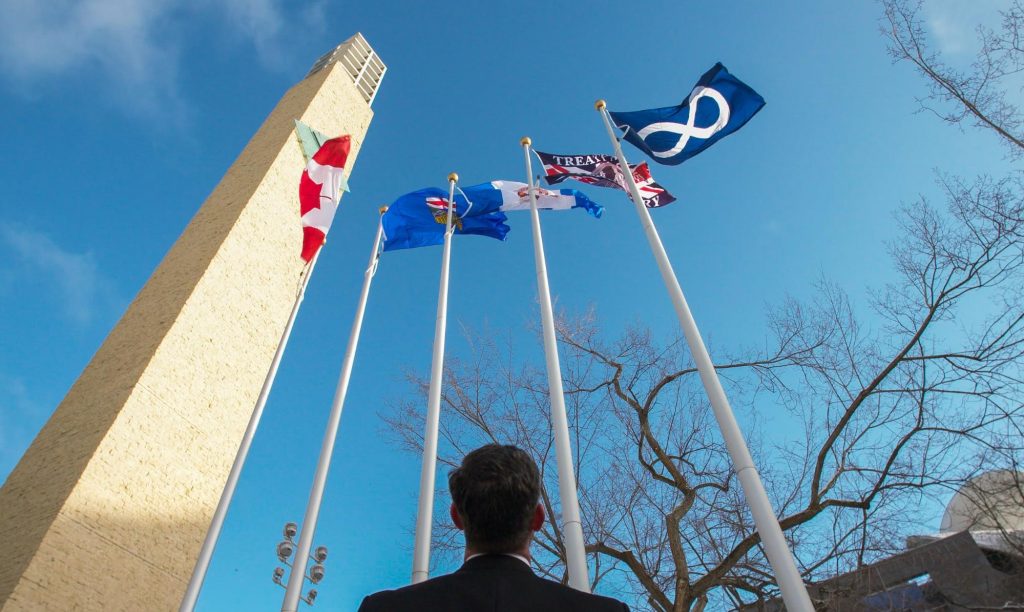