Edmonton is a winter city. We have big winters and we need a big snow-clearing toolkit to make streets, paths, lanes and sidewalks safe for Edmontonians, no matter how they travel. These tools include plowing, blading, sand, blowers, and mixtures of salt and sand.

Snow and ice control measures that worked well historically may not work as well today due to our changing climate. We experience more freeze/thaw cycles, freezing rain and unpredictable weather than we used to.

What did City Council decide regarding the use of calcium chloride anti-icer this winter season?

The province and surrounding municipalities will continue to use calcium chloride brine on Anthony Henday Drive and their municipal roads.

What happens to snow clearing services in Edmonton now?

Council’s decision on calcium chloride use does not change the goal of the Snow & Ice team: to ensure safe mobility throughout Edmonton’s transportation network during the winter season. City crews are prepared and capable of dealing with this winter’s snow and ice events. You can take that to the (snow) bank. 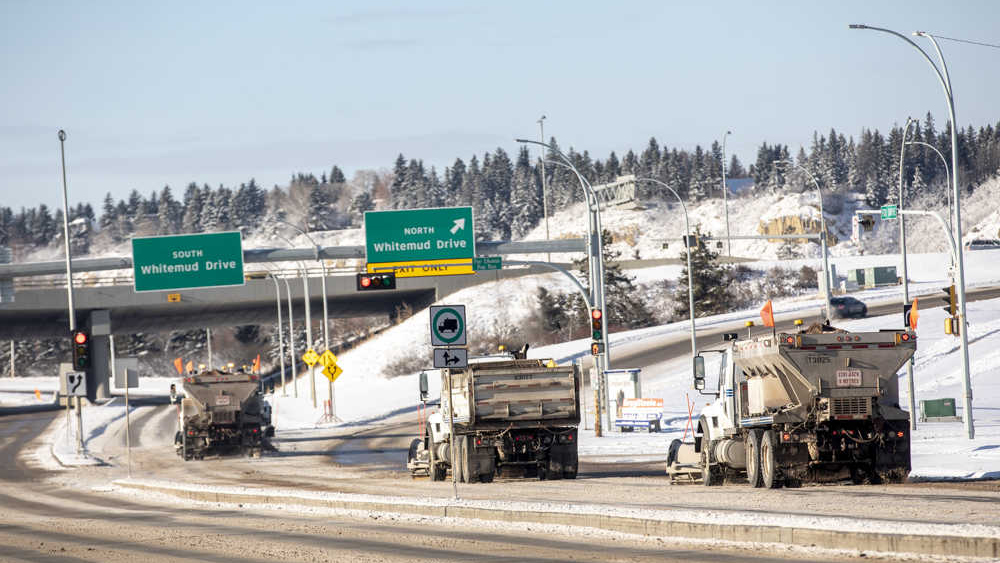 Will the City use more salt now that calcium chloride will not be used?

The use of salts (sodium chloride, calcium chloride or others) is essential for safety in every city that experiences winter weather, and is a reality for people who live in northern cities like Edmonton. Salt helps snow and ice melt and is most effective in countering freezing rain, which is now more common in Edmonton. There are other alternatives to salt (sodium chloride) and calcium chloride anti-icing brine, but they are significantly more expensive and have their own trade-offs.

How will discontinuing the use of anti-icing brine impact the ability to achieve bare pavement during winter?

Without anti-icing brine in our toolkit, the ability for crews to clear snow and ice down to bare pavement may be limited and weather dependent. This is because anti-icers help prevent snow and ice from sticking to pavement in the first place, making it easier for plows to clear. Without this tool, a snowpack may be more likely to form on roadways. We will focus on plowing and blading, and on using sand, salt and chip to improve traction on snowpack. Crews will strive to achieve a similar standard of snow clearing that Edmontonians expect.

Does the City have safety concerns without the use of calcium chloride?

While we can’t fully predict the impact of not using anti-icing brine (calcium chloride) this season, our focus is still on ensuring safe travels for Edmontonians – whether they walk, cycle or drive. The City introduced anti-icing brine to its snow and ice clearing toolkit to improve safety. Without anti-icing brine, it may be difficult to attain bare pavement, and motorists may be driving on snowpack. However, we will continue monitoring the impact of our snow and ice program this winter and will report back to City Council in the spring.

Why did the City use calcium chloride in the first place?

After conversations with Council, Administration explored different snow and ice control options other than sand, including anti-icing agents, to achieve safe conditions and increased mobility. The use of calcium chloride allowed the City to continue to strive towards Vision Zero’s goals and build a healthy, climate resilient city.

Simply put: for your safety. At the direction of Council, the City of Edmonton is using an anti-icing brine to help improve the safety of winter sidewalks, active pathways and bike lanes. Anti-icing brine, like salt, helps break the bond between snow, ice and pavement, which makes it easier for crews to efficiently clear snow. 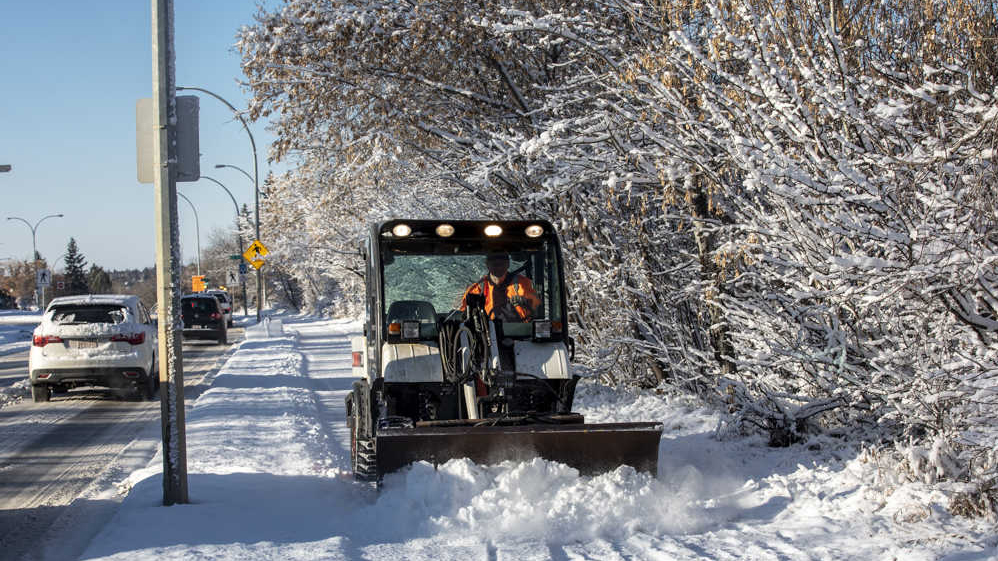 Where else has this product been used?

Anti-icer is used in many municipalities in the northern hemisphere, including New York City, Moscow and; Helsinki. Closer to home, it is used by the City of Calgary, and by the Province of Alberta on roads and highways , including Anthony Henday Drive.

We’re ready for the challenges winter will throw at us, and we’re ready to do our part in keeping Edmontonians moving and thriving – whether they’re on the road, in a bike lane, or on a sidewalk.